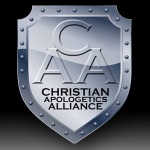 It never fails to amaze me that people deny objective morality.  Morality isn’t mere opinion.  Right now, somewhere in this world, there is someone who is doing something that, regardless of his or her personal opinion (or the opinion of the society in which he lives), is just plain wrong.

For example, in certain Islamic traditions, it is a sin for the woman to enjoy sex.  So, her genitals are mutilated in a way that will preclude any sort of enjoyment from sex.  That society, even its women, approve of this practice and celebrate it.  But it’s just objectively wrong, even though it is allowed to proceed even with the blessing of those affected the most adversely by it.

CAA member Sam Harper has a really interesting way of knowing that we have objective moral values.  It borders on the fallacy of appeal to motive, so I’m not presenting it as an argument.  It’s some really good food for thought.  Sam writes:

A divorced girl once confessed to me that she had cheated on her husband with his best friend just to get revenge. Then she tried to justify herself by saying, “After what he did to me, I didn’t feel married.” Of course marriage is not a feeling, but desperate times call for desperate measures, and even the most absurd excuse will do if it’s all you’ve got to avoid admitting that you’ve done something so wrong.

Interesting.  People do go to great lengths to justify incorrect behavior.  In my years as a manager, I’ve seen people rationalize the most bizarre behavior.  Everyone is the exception to the rule.  Like the divorced girl, we find reasons (however thin) to commit immoral acts because we know they’re wrong and it hurts us to do them.

Yet, the pull to commit them is stronger than the potential consequences.  So what is a person to do?  Sam responds:

There’s another way to avoid ethical pain that few people seem to ever try. Instead of getting rid of the rules or looking for loopholes to let yourself off the hook, why not just obey the moral laws? Why not just do right and avoid wrong? Why don’t more people try this?

Reminds me of the old adage “Christianity is not tried and found wanting.  It is found difficult and left untried.”  When I was growing up and going to Catholic school, I used to hate the song “Amazing Grace” mainly because I knew I wasn’t a wretch.  Except that I was:

Why is being moral so hard? It’s because of the kind of people we are. It’s easy for somebody with nothing but good intentions, good motives, and good dispositions to be good. Being moral is almost impossible for us, though, because that’s not the kind of people we are. We do bad things because we have bad intentions, motives, and dispositions. Christianity is unpopular, because Christianity is realistic about this. Embracing the Christian worldview requires people to admit things they don’t want to admit.

That’s what was so amazing about God’s grace in the first place!  It took me much of my life to realize that I was a wretch and that I hurt a lot of people.  When I finally admitted that to myself, I was ready for Christianity.  Most people don’t want to go there.  As Sam closes:

The reason Christianity is so hard for people to except is because before you can accept it, you have to first drop all the excuses and admit that you really have violated the moral law. You really have done wrong. There are no loopholes to let you off the hook. You’re guilty. Once you admit your guilt, you are left to face yourself in all your moral failure. That’s not easy.

No it’s not.  But when our sinful nature is confronted and we no longer make excuses for ourselves, this is the most freedom anyone can experience in life.  This is what it means to know the truth, and the truth makes you free.