Alex has had some strong words to say regarding my recent posting of a Vox Day quote and labeling it as the best quote ever.

He said the quote was ignorant and stupid.  I told everyone that it was meant humorously and to please lighten up.  Then, he said posting the quote makes me look stupid:

Oh, I always have fun, however that shouldn’t justify stupidity. And it’s a bit scary that the quote is supposed to be awesome in a theistic perspective; you’re embracing unsubstantiated and stupid claims, said in a poor way, using words he doesn’t understand. And you think that is awesome? No, Cory, it makes you look stupid next to it, and hopefully that isn’t what you intended.

And then he tries to shame me into investigating why by bringing up my recent declaration that I seek truth.

But, I don’t think the quote is stupid or that it makes me look stupid.  I’m going to examine why that is, but first, I would like to whine.

Why do I have to justify everything I do to atheists?  None of them justify a single argument, even when I’ve asked.  All I ever seem to get is the whole burden-of-proof-is-on-me-the-theist talking point.  Fine.  But in a court case, the defense still presents an argument.  So man up and stop asserting stuff with no justification.

The reason I whined about that is because that is all Alex does.  Specifically, between two comments in that post, he asserts that the quote:

None of his own claims are substantiated, yet I’m about to expound on why I think this is a great quote.  Fine, let’s get this over with. END_OF_DOCUMENT_TOKEN_TO_BE_REPLACED 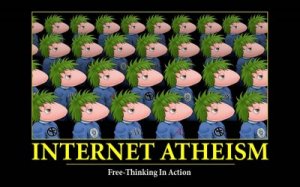 I am saying that they are wrong, they are reliably, verifiably, and factually incorrect. Richard Dawkins is wrong. Daniel C. Dennett is wrong. Christopher Hitchens is drunk, and he’s wrong. Michel Onfray is French, and he’s wrong. Sam Harris is so superlatively wrong that it will require the development of esoteric mathematics operating simultaneously in multiple dimensions to fully comprehend the orders of magnitude of his wrongness.

If real life were like Dungeons & Dragons, atheism wouldn’t be an option.  Especially if you challenged a god by temple desecration and lynching followers. 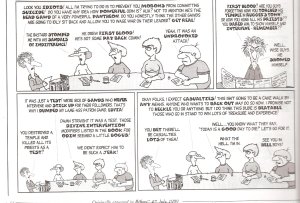 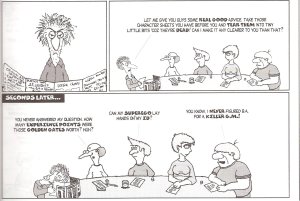 Here’s a novel idea for an awesome web comic.  Replace the Knights of the Dinner Table with the Four Horsemen.  I bet it would look something like this: 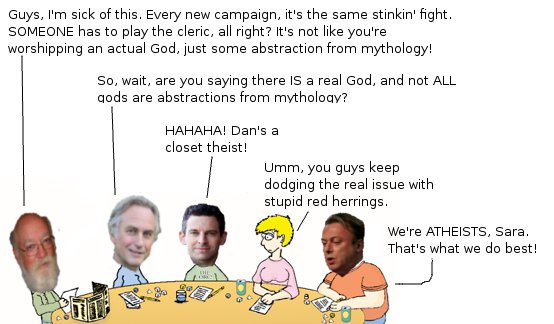