The Six Ways of Atheism: Way the Second 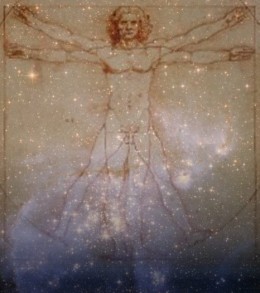 Geoffrey Berg’s second argument states that since God is so far outside the realm of human experience and comprehension, that he is simply unknowable.  Therefore, you shouldn’t believe in him.

This Man and God Comprehension Gulf Argument is formulated as follows:

I have no issues with either premises.  Man is finite per (1), and God is infinite per (2).  Neither is a problem for me.

As for “… even know that God exists,” that is simply not true.  God is the inference to the best explanation: we see design, order, natural laws — the universe makes sense.  It works together like a machine, and machines are designed and built by an intelligent mind for a purpose.

Therefore, God is a reasonable conclusion from natural philosophy (even if a controversial one).  So I disagree that mankind cannot “… even know that God exists.”

But is it true that man simply wouldn’t know God because God is infinite?  Berg says:

It is simply not possible for any entity that is mortal like we humans are to know for sure that some other entity is immortal.  How could we humans recognize God because how can we humans be sure it will not die sometime after we ourselves die?  Furthermore how can we humans be sure that it has lived for all eternity before our birth, indeed before even the formation of our planet?  It is also simply not possible for any entity like us humans that is confined to a small area of Space to know what lies out in the far reaches of Space.  So we humans cannot know whether an apparent God is genuinely God over all Space or just a local potentate over our region of Space with no control over the outer reaches of Space. (p. 51)

This is starting into an argument ad absurdum (he goes on from there, positing possible higher-ranked Gods that could kill the local potentates), so let’s move on:

How could we humans even identify an entity of supreme intelligence and be entirely sure that there is not somewhere else an entity of even greater intelligence?  It is even worse than a Neanderthal Man having to distinguish between the intellects of Isaac Newton and Albert Einstein — and then having to predict whether and in what ways the intellect of Einstein might in future be surpassed by another person! (p. 51)

I have three objections.  The first is that humans can know that something is above themselves — but not with certainty how far above.  In the example of distinguishing between the intellects of Newton and Einstein, for example, I know that both are way smarter than I am.  I don’t know if I can make a fair judgment which one is smarter, but I recognize that both men were geniuses.

Applying that reasoning to God, I would therefore be able to tell if a being was more than me, but not know for certain if he is truly infinite.  The question of how much certainty I require before worshiping this being as God.  More on that as I consider the third objection.

The second objection is rooted in faith — authentic Christian faith, not “belief without evidence.”  Here, I’m talking about trust.  God has presented himself to us in the form of Jesus Christ.  We can verify the trustworthiness of much of what Christ says, and that can be shown to be reliable.  Therefore, we can trust that the things we can’t verify — omniscience, omnipotence, eternalness, and timelessness — are also true.

The third objection is that no one is this skeptical day-to-day.  With this level of skepticism, you’d have to follow your spouse everywhere she goes to make sure she wasn’t having an affair.  You’d have to personally research every scientific paper published to make sure it was true.  First grade teachers would have to walk the kids through mathematical proofs for 2+2 = 4 and 2+3 = 5, etc.  Why should the kids just believe?

With this level of skepticism, nothing is epistemologically sound because we can’t know anything with absolute certainty outside of own subjective experiences.  “I think, therefore I am” is the only statement we can be reasonably assured is true under this hyper-skepticism.

No one really practices this level of skepticism consistently; at some point, they have faith (trust) that their wives aren’t cheating, the scientists were academically honest in the research being published, and their teacher isn’t a rogue agent trying to destroy the nation’s math grades in some Doofenschmirtz-like plot to annoy Danica McKellar.

Berg anticipates this line of reasoning, but resorts to special pleading and restating himself in replying to it.  Until Berg can adequately explain why we need more evidence for God than anything else, then my objection stands.